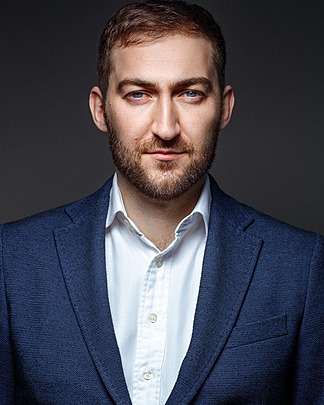 Michael Chobanian is the Founder of Kuna Exchange, the first public cryptocurrency exchange in Eastern Europe and the CIS countries. KUNA is one of the founding bodies of Bitcoin Foundation Ukraine that has built a network of bitcoin ATMs. He is the President of Blockchain Association of Ukraine, a non-profit organization that seeks to actively promote the spread of integration of blockchain technology into the Ukrainian economy. He is also the Founder of Xreserve which holds the UAX token, a stablecoin type cryptocurrency backed on a one-to-one reserve ratio to the Ukrainian currency Hryvnia. Michael has more than 15 years of leadership experience in the telecommunications and internet services market. Prior to launching KUNA, he was the founder and leader of INLIGHT Consulting, co-founder of Silenca Digital, and managing director and strategic business development at ITC. Following Russia's invasion of Ukraine, Michael worked with the country's Ministry of Digital Transformation and the Ministry of Defense to establish the official Crypto Fund of Ukraine to solicit cryptocurrency donations.

Michael Chobanian is the author of