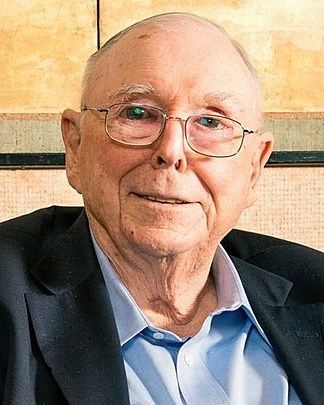 An Omaha native, Charlie Munger left the university without finishing his mathematics degree to serve as an Army meteorologist during World War II. He later earned a degree and met Warren Buffet at a dinner party. Since then, Munger has been Buffet’s right hand man. He is now Vice Chairman of Berkshire Hathaway Corp., a company owned by the latter. A pragmatic investor and an active philanthropist, Munger has given millions to universities in his lifetime.

Charles Munger is the author of

"Good businesses are ethical businesses. A business model that relies on trickery is doomed to fail."

“Spend each day trying to be a little wiser than you were when you woke up. Discharge your duties faithfully and well. Systematically you get ahead, but not necessarily in fast spurts. Nevertheless, you build discipline by preparing for fast spurts. Slug it out one inch at a time, day by day. At the end of the day – if you live long enough – most people get what they deserve.”