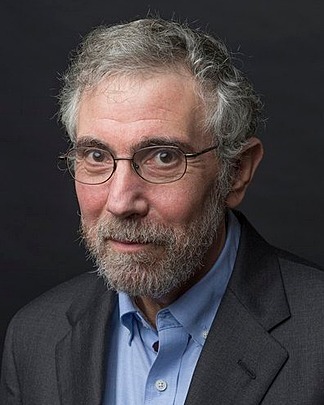 Paul Krugman is one of the best-known economists in the world. A Nobel laureate, PhD economist, and political commenter, Krugman is known to the public mainly through his regular column in the New York Times and for his New York Times blog titled “The Conscience of a Liberal.” Besides being an original theorist in international trade, economic geography, and macroeconomics, Krugman has been one of his generation’s best expositors of good economics. He is the author or editor of 23 books and more than 200 professional journal articles, many of them on international trade and finance. In recognition of his work, he received the John Bates Clark Medal from the American Economic Association, an award given every two years to the top economist under the age of 40.

Paul Krugman is the author of

The Return of Depression Economics and the Crisis of 2008

The Conscience of a Liberal

A Country Is Not a Company

Paul Krugman is known for being blunt and direct.

He doesn't think that Western countries need to worry about going deeper into debt since it is cheap. (circa 2020)

Krugman admires Robert Solow, an economist from MIT, for being a great economist and human being.

In December 2008, Mr. Krugman received the Nobel Memorial Prize in Economic Sciences for 2008, honoring his work in international trade patterns.

Previously he was awarded what is understood to be the European Pulitzer Prize, the Asturias Award given by the King of Spain.

"The Mick Jagger of political/economic punditry."

"The most celebrated economist of his generation."