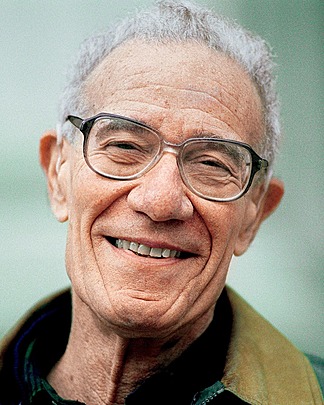 Robert Solow is a notable American economist and a Professor Emeritus at the Massachusetts Institute of Technology. He is well-known for developing the concept of Solow residual, which explains the role of technology in productivity increases for an economy. As a professor, Solow made innumerable contributions in guiding many of his students in their own careers as economists, including some additional Nobel Prize recipients like former student Peter Diamond, who received the award in 2010. Solow retired in 1995, but still has an office at MIT, and he continues to research and publish at the age of 91.

Robert Solow is the author of

Robert Solow is a winner of both the Nobel Memorial Prize in Economic Sciences in 1987 and the recipient of the John Bates Clark Medal in 1961, an award for economists under forty making outstanding contributions to the field.

Solow’s collaborations with Samuelson bore much fruit, with the two economists developing work together on von Neumann growth theory, theory of capital, linear programming and the Phillips curve.

In addition to his contributions to the academic field of economics, Solow also served the government as a member of the Council of Economic Advisers under President Kennedy and on the President's Commission on Income Maintenance under President Nixon.