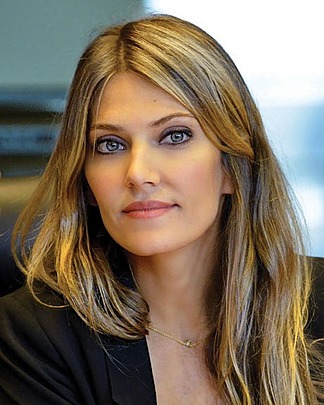 Eva Kaili, a Greek politician, is the Vice President of the European Parliament, the elected body of the European Union. An elected member of the Parliament since 2014, Eva is the first woman Chair of Science and Technology STOA Panel and the Center for Artificial Intelligence. In her role as VP, she is the Chair for ICT Innovation Strategy, Informatics and Telecoms, has the responsibility of European Strategy and Policy Analysis Systems, Foresight, STOA, and Corporate Social Responsibility. She led the first positive Blockchain Resolution of the Parliament in 2015, establishing a tech neutral and innovation-friendly approach, and has been active in the fields of blockchain technology, m/eHealth, big data, fintech, AI and cybersecurity. Prior to her positions in the Parliament, Eva has been elected two times in the Greek Parliament, with the PanHellenic Socialist Movement (PASOK). Before she was elected MEP, she served in Greece as an advisor to a Media and Business Group, the Pharmaceutical Industry Association and at the Ministry of Interior as Chair of the Gender Equality Center.

Eva Kaili is the author of