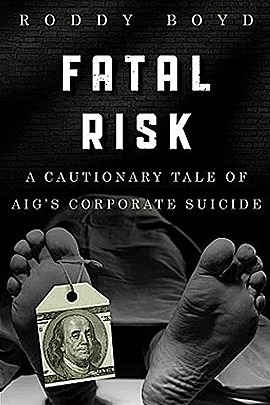 Fatal Risk is the comprehensive and compelling true story of American International Group, the company at the center of the financial storm, and how it nearly caused the entire economic system to collapse. It tells the inside story of what really went on inside AIG that caused it to choke on risk and nearly bringing down the entire economic system, including the personal notes and records of key players such as the former Chairman of AIG, Hank Greenberg. Fatal Risk also takes readers behind the scenes at the U.S. Treasury and the Federal Reserve Bank of New York. 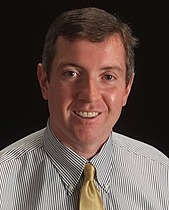 "A vivid portrait of the giant insurer at the center of the 2008 financial crisis."

"The best book of the crisis is Fatal Risk. This is a fabulous book - but it deals with complex subjects without shying away from their complexity and it assumes you have enough knowledge and intelligence to cope. . . This is the best book yet written about any specific episode of the crisis. Buy multiple copies. Give them to your friends. They will be grateful too."

"A sober work that appears to have been researched extremely thoroughly. . . more convincing on the mechanics of AIG's Suicide than it is on any of the deeper motivations."

"Through superb reporting, Boyd has written one of the financial crisis genre's most important works."

"The best book on the financial crisis, and favorite piece of non-fiction work since Michael Lewis' The Big Short. The reporting here is incredible."

"A 10 best finance book. Does the ongoing financial turmoil leave you scratching your head? Worry not, here's our pick of the finest - and most readable - books about Big Money..."