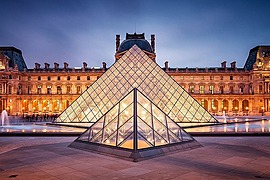 France, officially known as the French Republic, is among the world’s largest economies, with a unitary semi-presidential republic. Its capital is Paris, the country’s largest city and main cultural and commercial centre. France is considered as a global centre of art, science, culture, philosophy, music, film, and fashion, becoming a world leader that has an excellent performance in international rankings of education, health care, life expectancy, and human development. France is one of the most popular tourist destinations, as tourism plays a huge industry, with more than 80 million people visiting the country every year. The country produces many items that other countries buy, including its most famous products – wine and cheese.