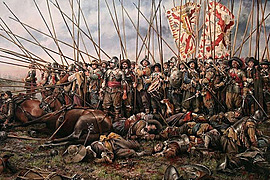 The Thirty Years’ War was fought by various nations for a diverse reasons, including religious, dynatis, territorial, and commercial rivalries. With the war involving a series of wars between Protestants and Catholic states, it remains as one of the longest and most brutal wars in human history, with more than 8 million casualties resulting from military battles, famine, and disease caused by conflict. In 1648, the troopers put an end on the overlapping conflicts by negotiating the Peace of Westphalia. The Thirty Years’ War changed the geopolitical face of Europe and the role of religion and nation-states in society, also giving rise to Bourbon France, and the ascendant of Sweden as a Great Power, creating a new balance of power in the continent.