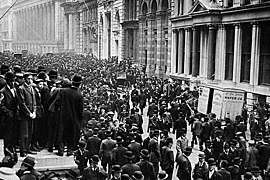 Known as the first modern stock market crash, the Bank Panic of 1907 was the result of shrinking market liquidity and dwindling depositor confidence. In addition to this, trust companies faced increased public scrutiny for adhering to less regulation than national or state banks. This skepticism triggered a run on the trust companies that continued to worsen even as banks stabilized. This undermined the public's confidence in the financial industry and accelerated the ongoing bank runs. The aftermath of the 1907 bank run led to the creation of the Federal Reserve while the recession prompted new reforms like Dodd-Frank. 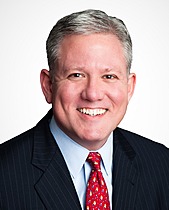 The Panic was triggered by the San Francisco Earthquake of 1906—the Earthquake that spawned a need to rebuild the city.

Without a central bank, leading financiers like J.P. Morgan stepped in and provided some vital liquidity.