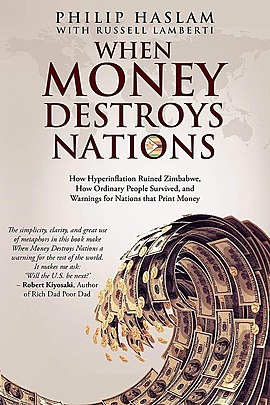 When Money Destroys Nations tells the gripping story of the disintegration of the once-thriving Zimbabwean economy and how ordinary people survived in turbulent circumstances. Analyzing this case within a global context, this book investigates the causes of hyperinflation and draw ominous parallels between Zimbabwe and the world's developed economies. The country's economic collapse is not an isolated tragedy. It holds lessons for all countries and for all political leaders tempted to take illusory and perilous shortcuts to prosperity. Zimbabwe's lessons must not be ignored.

More about When Money Destroys Nations 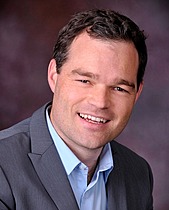 Praise for When Money Destroys Nations

"The simplicity, clarity, and great use of metaphors in this book make When Money Destroys Nations a warning for the rest of the world. It makes me ask: 'Will the U.S. be next?'"

— Jeff Berwick, Founder and CEO of The Dollar Vigilante

"An old and reliable adage states that one can learn either from experience or by reading what others have learned from experience. Most people have not lived through a monetary upheaval and have not experienced the disruptions to society when a currency goes bust. So to learn from others, When Money Destroys Nations should be on everyone's reading list."

"We are rarely, if ever, exposed to what it is like to live through hyperinflation. This is because it is so economically, socially, and psychologically damaging. History records numerous runaway inflations, including ones in Germany, France, Russia, China, and in Revolutionary America. With the specter of hyperinflation looming in the future, When Money Destroys Nations is a timely, accessible, and informative contribution to prepare people for the consequences."