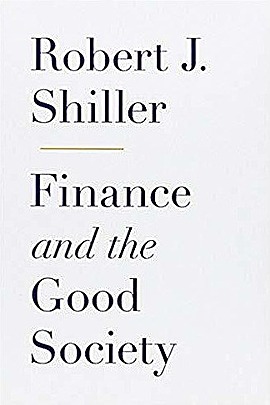 Finance and the Good Society

The stance of today's financial industry could hardly be worse after the distressing fallout of the 2008 financial crisis. Renowned economist Robert Shiller is no apologist for the transgressions of finance. In this timely book, Shiller argues that, rather than condemning finance, we need to reclaim it for the common good. He presents a powerful case for recognizing that finance is one of the most powerful tools we have for solving our common problems. Essentially, Shiller shows how society can once again harness the power of finance for the greater good.

More about Finance and the Good Society 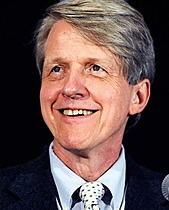 "Reading his book is like wandering through an interesting garden. . . . [T]he best passages in this book make a persuasive case for a fresh view of an industry that is too glibly demonized. The most promising way to promote the good society, Shiller says, is not to restrain finance but to release it."

"[R]igorous. . . . Shiller presents a helpful taxonomy, and is convincing in his defence of insurers, financial advisers, and (some) bankers. He is good at relating even some of the more obscure and complex trading strategies to real world problems."

"Shiller, professor of economics at Yale and author of the best-selling Irrational Exuberance, examines the future of finance in this timely new book. Recognizing the anger of many Americans--as evidenced in part by the rise of the Occupy movement--Shiller suggests that the way to fix our increasingly unequal society is through the 'democratization' and 'humanization' of finance."

"Finance is in need of a little redemption. In his priestly new book, Finance and the Good Society, Mr. Shiller . . . sets out to provide it. He argues convincingly that Finance can, should and usually does make the world a better place. . . . As an advocate for the financial system . . . he is wonderfully persuasive because he never plays down the problems. . . . Mr. Shiller reminds us of the profound importance of Finance to making our society work."

"Finance and the Good Society is a provocative call for understanding, then reinventing Finance as a force that could create inclusive prosperity. Shiller acknowledges the excesses, inequalities, and unfortunate incentives to sleaziness in the current financial system but says it doesn't have to be that way. An important book for those who seek change."

"Drawing from history, economic theory, and keen observation of our economy, Robert Shiller brings a fresh perspective to a big issue--the role of finance in our society. He urges us to overcome the popular misperception that all finance is sleazy and to think broadly about how we can harness its power for the benefit of society as a whole."

"Many MBA students are fascinated by the world of finance but wary of entering it because they perceive it as declining and marred by unethical behavior. This book will show them why finance is and should be a vital part of the good society's solution, rather than its problem. No other book does this with more authority or credibility."

"This is an overflowing feast of ideas and facts--from Adam Smith to neuroscience to casino design--that will convince intelligent readers who think of finance as an arcane subject that it is not just interesting but even entertaining."