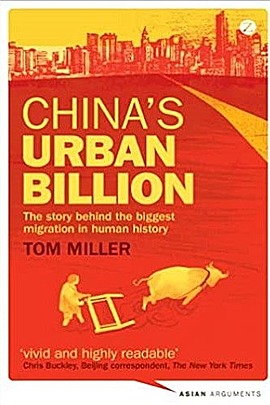 Combining on-the-ground coverage and up-to-date research, China’s Urban Billion explains why China has failed to reap many of the economic and social benefits of urbanization. This pivotal book suggests how these problems can be resolved. If its leaders get urbanization right, China will surpass the United States and cement its position as the world's largest economy. But if they get it wrong, China could spend the next twenty years languishing in middle-income torpor, its cities pockmarked by giant slums. 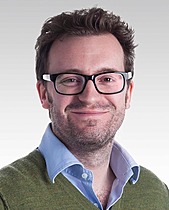 "Urbanisation will be the great theme of China's trajectory over the next decade and beyond, and Tom Miller is its superb, street-wise guide. He expertly explains the economic, social and environmental consequences of China's expanding cities and shrinking villages, and above all never loses sight of the people at the heart of this transformation. In China's Urban Billion, Miller takes what could have been a dry, abstract topic and delivers a vivid and highly readable account of momentous change."

"This well argued and engaging account could not be better timed. China's recently appointed leaders have tough decisions to make. If they have the guts to listen to their own experts, Tom Miller says, the country could find itself on the cusp of a new land revolution. As this book powerfully illustrates, China needs its mesmerizing urban expansion to stay on course."

"China's recent prodigious urbanization is complex and often misunderstood. Miller tells an engaging China story that is quite different from what has been narrated by other journalists. Broadly researched, insightful and up-to-date, the book easily stands out. It is a title those who want to understand the country cannot afford to ignore."

"In this book Tom Miller, a longtime Beijing resident and journalist, takes a penetrating look at what has led China astray in its rush to urbanise and what can be done to fix the resulting problems . . . Miller's cogent analysis is buttressed by colourful reportage, a reminder of the human fabric that hangs in the balance. And - no mean feat for a book about a potentially dry topic - it is a consistently good read."

"Urbanization is the new hot topic for China's leaders, as they look for renewed sources of growth for the world's second-biggest economy. The choices they make have enormous consequences for everything from rebalancing China's demand toward stronger consumption to determining the future path of energy consumption. Few are better qualified to understand the challenges than Tom Miller, author of a new book called China's Urban Billion."

"Miller's book [captures] a nation urgently squaring-up to a process that is morphing more rapidly, and with far, far bigger implications, than any urbanisation that has come before. For China's leaders, there is no roadmap on all this because a lot of the roads haven't even been built yet: China's Urban Billion is the closest they have."

"This is a lively and readable book about one of the biggest challenges for the mainland's rulers over the next 20 years: how to build well planned and affordable cities for the one billion people who will live in them by 2030?"

"A lively and eminently readable new book about China's staggering process of urbanisation [that] provides an excellent companion volume to the greatest social transformation the Earth has witnessed - the making of China's cities."

"Miller examines the many facets behind addressing potential problems with rapid urban development and offers insightful analysis on both land and hukou reform."

"Never weighed down by figures and analysis, the book is a great read thanks to Miller's skilled writing and journalistic depictions of the many characters he meets during his travels . . . Well-researched with nuanced analysis."

"Tom Miller's superbly researched book sketches out the challenges urbanisation poses for the world's most populous country and how the Chinese government is attempting to meet them. Miller delves into the issue in all its daunting complexity and doesn't pull any punches . . . You'll learn a lot from this book."

"It's the biggest migration in human history: China's population is moving to cities so fast that by 2030, roughly one in eight people on this earth will be a resident of a Chinese city . . . China expert [Tom Miller] chronicles this urban explosion and its impact on cities."

"For the first time in its history, China [is] now as much an urban as a rural country. But as Tom Miller's neat, elegant book shows, the impact of this shift is going to take decades to work out." — Kerry Brown, Director of the China Studies Centre at the University of Sydney, Inside Story

"China's Urban Billion captures [the] extraordinary process [of China's urbanization] that is simultaneously impressive and depressing."