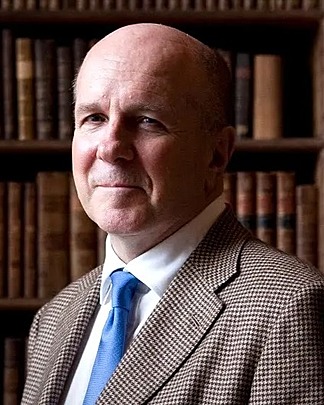 Simon Winchester, OBE, is an award-winning journalist, broadcaster, and New York Times bestselling author who has worked as a foreign correspondent for most of his career. His journalistic work, mainly for The Guardian and the Sunday Times, has landed him in Belfast, Washington D.C., New Delhi, New York, London, and Hong Kong. Having established his career as a highly respected journalist, he covered world events such as Bloody Sunday in Northern Ireland, the Watergate scandal in the U.S., and the Soviet-backed coup d’etat in Afghanistan. A giant of narrative nonfiction, he is recognized for his skills as a masterful and riveting storyteller both on the page and in lectures widely at universities, geological and historical societies, and libraries. Today, he contributes to a number of American and British magazines and journals, including Condé Nast Traveler, Harper's, The Smithsonian, National Geographic Magazine, The Spectator, Granta, the New York Times, and The Atlantic Monthly.

Simon Winchester is the author of