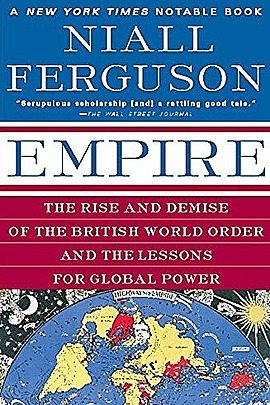 Lauded as a rattling good tale, Empire is a dazzling tour de force—a remarkable reappraisal of the prizes and pitfalls of the global empire. The British Empire was the largest in all history—the nearest thing to global domination ever achieved. The world we know today is in large measure the product of Britain's Age of Empire. The global spread of capitalism, telecommunications, the English language, and institutions of representative government—all these can be traced back to the extraordinary expansion of Britain's economy, population, and culture from the seventeenth century until the mid-twentieth.

"Brilliantly challenges the simplistic focus on racism, violence, and exploitation. A concise and lucid exposition. Popular history at its best."

"Fluently written, engaging, beautifully designed, and spectacularly illustrated, Empire is a model of how to do popular history."

"Though Empire is scrupulous scholarship, it is also a rattling good tale."