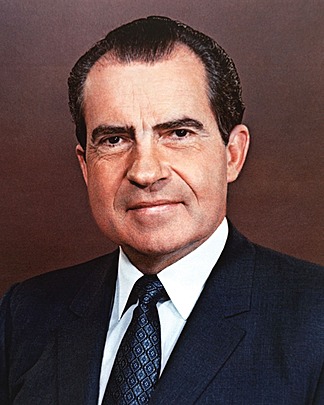 Richard Nixon was elected the 37th President of the United States. He previously served as a U.S. Representative and a U.S. Senator from California. After successfully ending American fighting in Vietnam and improving international relations with the U.S.S.R. and China, Nixon became the only President to ever resign the office, as a result of the Watergate scandal. Nixon stepped down in 1974, halfway through his second term, rather than face impeachment over his efforts to cover up illegal activities by members of his administration in the Watergate scandal.

Richard Nixon is the author of