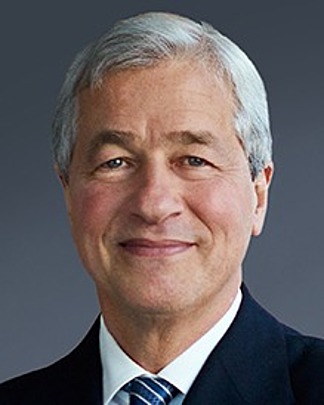 Jamie Dimon is most well known for being the Chief Executive Officer of JP Morgan Chase, largest of the big four American banks. He is a director of The College Fund/UNCF and serves on the Board of Directors of The Federal Reserve Bank of New York, The National Center on Addiction and Substance Abuse, Harvard Business School and Catalyst. He is also on the Board of Trustees of New York University School of Medicine. Mr. Dimon does not serve on the board of any publicly traded company other than JPMorgan Chase.

Jamie Dimon is the author of