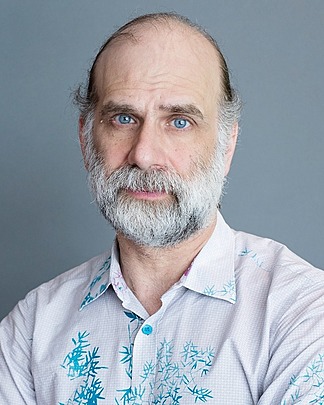 Bruce Schneier is an internationally renowned cryptographer, security technologist and author. Described by the Economist as a "security guru," he is best known as a refreshingly candid and lucid security critic and commentator. Bruce is the author of 14 books — including the New York Times best-seller Data and Goliath: The Hidden Battles to Collect Your Data and Control Your World — as well as hundreds of articles, essays, and academic papers. His influential newsletter "Crypto-Gram" and blog "Schneier on Security" are read by over 250,000 people. He has also testified before the U.S. Congress, is a frequent guest on television and radio, served on several government technical committees, and is regularly quoted in the press. In addition, Bruce is a Fellow at the Berkman Klein Center for Internet & Society at Harvard University; a Lecturer in Public Policy at the Harvard Kennedy School; and Chief of Security Architecture at Inrupt, Inc.

Bruce Schneier is the author of