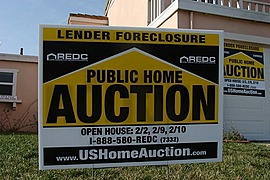 The 2007 Mortgage Market Collapse was caused by a series of unprecedented market collapses when banks sold too many mortgages to feed the demand for mortgage-backed securities sold through the secondary market. With housing prices were rising rapidly and the number of subprime mortgages were rising even more, a housing bubble ensued, and the bubble burst during 2005 and 2006, as mortgage lenders began laying thousands of employees off, if not filing for bankruptcy or shutting down entirely. The ensuing 2007 banking crisis and the 2008 financial crisis produced the worst recession since the Great Depression, triggering defaults, with risks spreading into mutual funds, pension funds, and corporations who owned these derivatives.

Other Names for the Mortgage Market Collapse