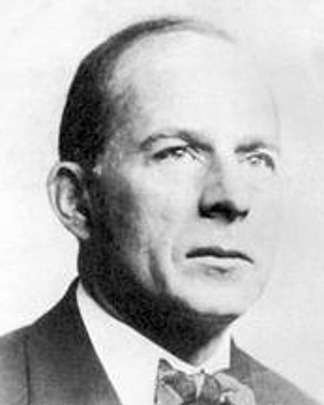 Garet Garrett was an American journalist and author, who is noted for his opposition to the New Deal and U.S. involvement in World War II. His formal education was very slight—only through the third grade—but his independent study took him through all the classics, as shown by the remarkable erudition of his writings. His influence in economics came primarily through a book by the American mathematician/astronomer Simon Newcomb: Principles of Political Economy (1886).

Garet Garrett is the author of

A Bubble That Broke The World

At the age of 20, he left for Chicago and worked as a reporter for the Cleveland Recorder and then later covered politics in Washington, D.C., writing reports on the administration of William McKinley for the Washington Times.

In 1900, he left for New York. He vanished for three years, or, at least, no one seems to know what happened to him.

But in 1903, he joined the staff of the New York Sun as a financial writer.

He moved on to the New York Times and the Wall Street Journal until he joined the New York Evening Post in 1909.