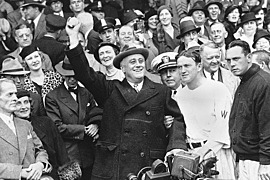 The New Deal was a series of programs and projects during the Great Depression by President Franklin D. Roosevelt that aimed to restore prosperity to Americans. Generally embracing the concept of a government-regulated economy aimed at achieving a balance between conflicting economic interests, The New Deal created a broad range of federal government programs that sought to offer economic relief to the suffering, regulate private industry, and grow the economy. It launched various programs such as the CCC, the WPA, the TVA, the SEC and others, which dramatically expanded the federal government’s role in the economy in response to the Great Depression. The New took action to bring about immediate economic relief as well as reforms in industry, agriculture, finance, waterpower, labour, and housing, vastly increasing the scope of the federal government’s activities.

More about The New Deal 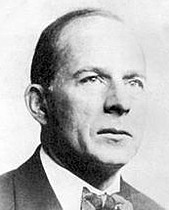