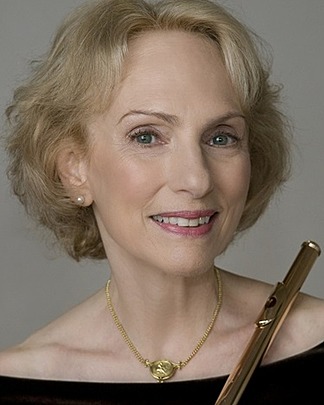 Eugenia Zukerman is one of the finest flutists of our time who has performed with major orchestras, in solo and duo recitals, and in chamber music ensembles in North America, Europe, Asia, and the Middle East. She is known for her particular interest in innovative ways of bringing classical music to new audiences and in musical education. As a recording artist, she has over 20 recordings to her credit on a number of labels, including CBS Masterworks, ProArte, Vox Cum Laude, and Newport Classics labels, followed by an exclusive contract with Delos Records. Eugenia is also an arts correspondent journalist for CBS Sunday Morning for over 25 years, who has profiled over 300 artists since 1981. She has appeared on a variety of other television programs, including PBS’ Charlie Rose Show, NBC’s Today and A&E’s Breakfast with the Arts. Today, Eugenia is an Artistic Director at Classics on Hudson, where she is responsible for engaging artists, working on programs, and working in partnership with the administration of the Hudson Opera House.

Eugenia Zukerman is the author of