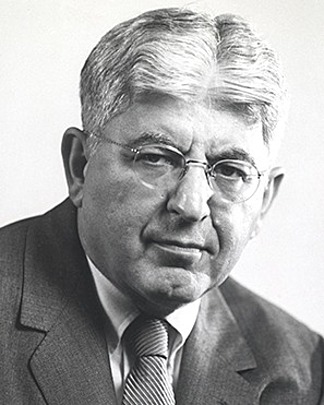 Arthur Frank Burns is a renowned economist, policy maker, and diplomat, who alternated his career between academia and the government. Between 1926 and 1944, Burns taught at Columbia and Rutgers. He served as the Chairman of the Federal Reserve from 1970 to 1978 and as Ambassador to West Germany from 1981 to 1985. He also served as the Head of the Committee on Interest and Dividends, a US Alternate Governor to the International Monetary Fund, and a member of the Emergency Loan Guarantee Committee. After leaving the Board of Governors, Burns became a distinguished scholar in residence at the American Enterprise Institute, while also teaching part-time at Georgetown University. Arthur F. Burns received his BA, MA, and Ph.D. from Columbia University.

Arthur Burns is the author of

The Ongoing Revolution in American Banking