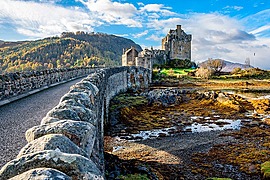 Scotland is the second-largest country in the United Kingdom with a total population of 5.2 million, around 8.5% of the United Kingdom’s population. The country boasts its bursting green spaces, lush forests, towering mountains, and vast freshwater lochs. Scotland also has the world’s oldest transport business, known as The Shore Porters Society in Aberdeen, and is considered as the “Home of Golf”. Scotland has approximately 790 islands, 130 of which are inhabited, and is known for the highest proportion of redheads in the world, with also 59% of Scotland's electricity consumption was generated through Scotland's renewable sources in 2015.