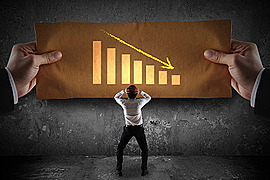 An economic depression is often identified as a severe, long-term contraction in economic activity that is characterized by a dramatic downturn in conjunction with a sharp fall in growth, employment, and production. With the annual GDP dropping at least 10%, it puts the economy in a state of turmoil primarily caused by worsening consumer confidence, leading to a decrease in demand. Depressions are relatively less frequent than milder recessions, and tend to be accompanied by high unemployment and low inflation. The usual causes of an economic depression include stock market crash, decrease in manufacturing, control of price and wages, loss of consumer confidence, and deflation. One of the most noted depressions is the Great Depression which lasted for a decade, with the unemployment rate reaching 25% and wages falling by 42%. 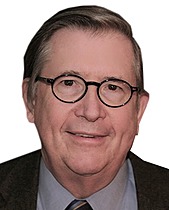