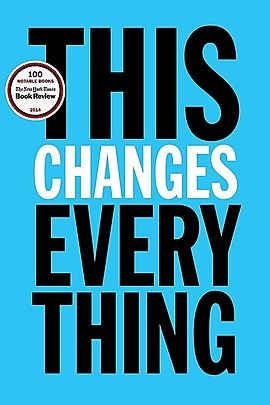 This Changes Everything is a brilliant explanation of why the climate crisis challenges us to abandon the core “free market” ideology of our time, restructure the global economy, and remake our political systems. This book argues that climate change isn’t just another issue to be neatly filed between taxes and health care. It’s an alarm that calls us to fix an economic system that is already failing us in many ways. This Changes Everything demonstrates precisely why the market has not—and cannot—fix the climate crisis but will instead make things worse, with ever more extreme and ecologically damaging extraction methods, accompanied by rampant disaster capitalism.

More about This Changes Everything 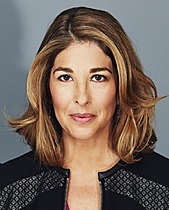 “This may be the first truly honest book ever written about climate change.” .

"The most momentous and contentious environmental book since Silent Spring.”

"This is the best book about climate change in a very long time—in large part because it's about much more. It sets the most important crisis in human history in the context of our other ongoing traumas, reminding us just how much the powers-that-be depend on the power of coal, gas and oil. And that in turn should give us hope, because it means the fight for a just world is the same as the fight for a livable one."

— Bill McKibben, author of The End of Nature and co-founder of 350.org

“This Changes Everything is the work book for . . . [a] new, more assertive, more powerful environmental movement.”

"Naomi Klein applies her fine, fierce, and meticulous mind to the greatest, most urgent questions of our times. . . . I count her among the most inspirational political thinkers in the world today."

— Arundhati Roy, author of The God of Small Things and Capitalism: A Ghost Story

“Naomi Klein is a genius. She has done for politics what Jared Diamond did for the study of human history. She skillfully blends politics, economics and history and distills out simple and powerful truths with universal applicability.”

“[A]robust new polemic. . . . Drawing on an impressive volume of research, Ms. Klein savages the idea that we will be saved by new technologies or by an incremental shift away from fossil fuels: Both approaches, she argues, are forms of denial. . . . Ms. Klein is aware of the intractability of the problems she describes, but she manages optimism nonetheless.”

"Klein is a brave and passionate writer who always deserves to be heard, and this is a powerful and urgent book."

“If global warming is a worldwide wake-up call, we’re all pretty heavy sleepers. . . . We haven't made significant progress, Klein argues, because we've been expecting solutions from the very same institutions that created the problem in the first place. . . . Klein's sharp analysis makes a compelling case that a mass awakening is part of the answer.”

“Gripping and dramatic. . . . [Klein] writes of a decisive battle for the fate of the earth in which we either take back control of the planet from the capitalists who are destroying it or watch it all burn.”