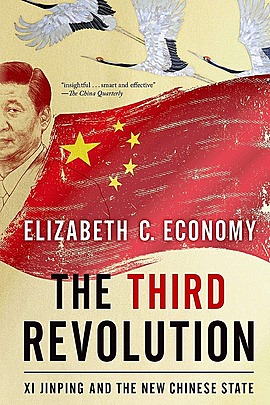 Beyond its borders, Beijing has recast itself as a great power, seeking to reclaim its past glory and to create a system of international norms that better serves its more ambitious geostrategic objectives. The Third Revolution provides an incisive look at the transformative changes underway in China today. It also assesses their implications for the rest of the world and provides recommendations for how the United States and others should navigate their relationship with this vast nation in the coming years.

More about The Third Revolution 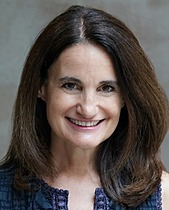 Praise for The Third Revolution

"How should observers, especially those in Washington, assess Xi's China? In The Third Revolution, Elizabeth Economy offers a nuanced, persuasive answer: while China's heft in world affairs is growing rapidly, so too are the contradictions inherent in the attempt of an authoritarian country to shape what remains a predominantly liberal world order."

"To understand and navigate China in the coming years, this is the book to read. At the heart of doing business in this opaque and contradictory country is understanding Xi Jinping, a masterful and complex politician. Elizabeth Economy's exceptionally clear account gives you the tools to do just that."

"The Third Revolution is enormously valuable for anyone seeking to understand the ways in which China is changing (and not changing) under Xi's leadership, and how the U.S. should best approach its relationship with China. Essential."

"The one book that tells you all you need to know about how China has changed under Xi Jinping. A clear-eyed, richly researched, and engaging account by one of America's most knowledgeable China experts."

"Leading China expert Elizabeth Economy provides a clear-eyed net assessment of China under Xi Jinping: its global ambitions, domestic limitations, and the paradox of its external hubris and internal insecurities. Thoroughly researched and engagingly written, The Third Revolution should become staple reading for all who want to understand China today and where it is headed in the future. The findings are both illuminating and disturbing."

"Americans are slowly realizing that they live in a bipolar world with China, a nation that is incontrovertibly rising despite the destabilizing effects of serial self-reinvention. The advent of the latest progenitor of rejuvenation, Xi Jinping, has raised a host of vexing questions, but Economy's wonderfully lucid and well-researched book fills in many of the blanks regarding Xi's strengths and weaknesses."

"For the first time in modern history, we have a communist country poised to be the biggest and most important driver of the global free market. That's astonishing. And we still don't know what makes China's political leadership and Xi Jinping in a particular tick. If that freaks you out (and it should), Liz Economy's book is the place to start."