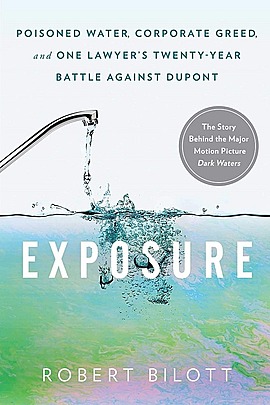 Exposure is a momentous legal drama on the flaws of environmental regulation, malice and manipulation, and a lawyer’s quest to reveal the truth about a formerly unknown chemical that presents one of the greatest human health crises of the twenty-first century. In 1998, Robert Bilott began a legal battle against DuPont. Little did he know that this would consume the next twenty years of his life, uncovering a corporate cover-up that put the health of hundreds of thousands of people at risk. This is the story that inspired the major motion picture Dark Waters, starring Mark Ruffalo as Robert Bilott. 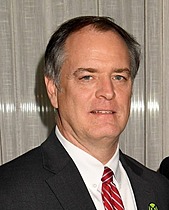 “Bilott is an engaging narrator who breaks our hearts with tales of clients suffering excruciating ailments and amazes us with endless 14-hour days scouring technical reports in search of that one clue that might help him make his case. The naïve corporate defense attorney we meet at the book’s start is gone by the end, and he seems no longer surprised when he realizes that regulators, including the Environmental Protection Agency, are in DuPont’s pocket. By the time he learns PFOA and its chemical cousins are in the blood of virtually all of us, he knows it’s fallen to him to do the E.P.A.’s job. The book ends with him filing a federal class action suit against eight chemical companies on behalf of every American. His education is complete."
⁠— The New York Times Book Review
“In the grand tradition of Jonathan Harr’s A Civil Action, lawyer Bilott presents his own real-life legal thriller...readers will be riveted...smartly told and briskly paced, with keen attention to pertinent details.”
⁠— Booklist
"Leaves little doubt that year after year, the corporation misled government agencies, courts, and consumers into a false sense of security about the poisonous nature of their manufacturing processes.”
⁠— Kirkus Reviews
“An intimate account of one of the most appalling environmental crimes in modern history. Exposure is a classic story of American good and American evil—of the triumph of ingenuity, diligence, and self-sacrifice over psychopathic corporate nihilism. Rob Bilott is a hero of our time.”
⁠— Nathaniel Rich, writer at large for the New York Times Magazine and author of Losing Earth: A Recent History
“Rob Bilott uncovered the most heinous corporate environmental conspiracy in history. The evidence is literally in your blood. Rob makes one shocking discovery after another while bringing the culprit to justice. You won’t be able to put Exposure down.”
⁠— Ken Cook, president of the Environmental Working Group