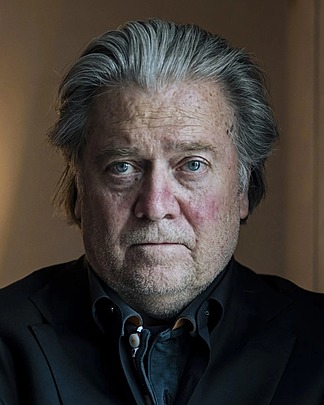 Steve Bannon is the former Chief Strategist and Senior Counselor during the first seven months of President Donald Trump’s term. He was initially appointed as Trump's campaign CEO then appointed to the White House position following his history. Steve was formerly the Executive Chair of Breitbart News, a far-right news website that he described in 2016 as “the platform for the alt-right.” He is also a former investment banker and media executive, who became an executive producer in Hollywood, and produced 18 films between 1991 and 2016. Steve is also the Executive Chairman and Founder of The Government Accountability Institute, a conservative nonprofit investigative research organization that conducted research for the 2015 book Clinton Cash and received significant funding from the Mercer Foundation. Earlier in his career, he served as an officer in the United States Navy for seven years in the late 1970s and early 1980s. Following his military service, Steve worked as an investment banker in the Mergers and Acquisitions Department of Goldman Sachs.

Steve Bannon is the author of