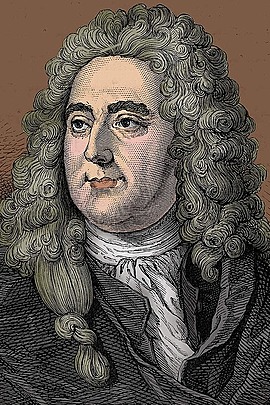 John Law was a Scottish economist who believed that money was only a means of exchange that did not constitute wealth in itself and that national wealth depended on trade. He is said to be the "father of finance," responsible for the adoption or use of paper money or bills in the world today. In 1692, he moved to London where he became an infamous gambler and a Scottish exile for killing his neighbor in a duel. Sentenced to death, he escaped from prison and fled to Amsterdam, the capital of world finance at that time. He was a brilliant mental calculator and was known to win card games by mentally calculating the odds. An expert in statistics, he was the originator of several economic theories.

John Law is the author of