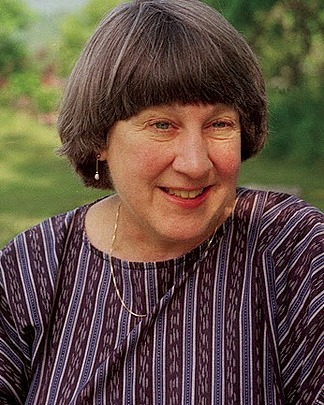 Donella Meadows is an inspiring leader, teacher, scholar, and writer. She was a pioneering environmental scientist and author widely considered ahead of her time. She was a perpetual fundraiser and one of the most influential opinionated columnists. She was also a prolific writer, a powerful communicator, one of the world's foremost systems analysts, and one of the leading environmental minds of the 20th century. Meadows wrote hundreds of newspaper columns, books, speeches, articles, and more.

Dana Meadows is the author of

For 16 years Donella wrote a weekly syndicated column called “The Global Citizen,” commenting on world events from a systems point of view. It appeared in more than twenty newspapers, won second place in the 1985 Champion-Tuck national competition for outstanding journalism in the fields of business and economics, received the Walter C. Paine Science Education Award in 1990, and was nominated for a Pulitzer Prize in 1991.