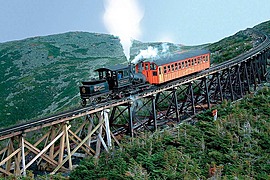 New Hampshire is the fifth smallest and the tenth least populous US state, with a population of over 1.4 million people. Known as the Granite State for its extensive granite formations and quarries, New Hampshire is also best known for its small, picturesque towns and large stretches of wilderness. New Hampshire’s major recreational attractions include skiing, snowmobiling, and other winter sports, hiking, and mountaineering. New Hampshire is also known as the White Mountain State for the White Mountain Range, the state’s tourist attractions also include Lake Winnipesaukee, Echo Lake State Park, Strawberry Banke, and Hampton Beach. New Hampshire has a broad-based and growing economy that include the industries of manufacturing, government and government services, and health care and social services.

I am The Cavalry