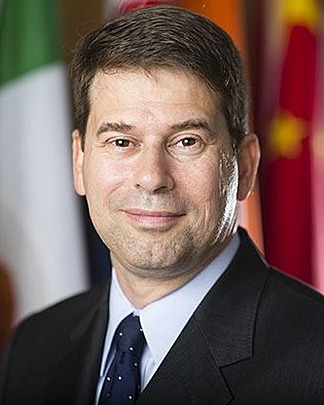 Daniel Drezner is Professor of International Politics at the Fletcher School of Law and Diplomacy at Tufts University, a Non-resident Senior Fellow at the Brookings Institution, and the author of "Spoiler Alerts" for The Washington Post. Prior to joining The Fletcher School, he taught at the University of Chicago and the University of Colorado at Boulder. He has previously held positions with Civic Education Project, the RAND Corporation and the U.S. Department of the Treasury. He also received fellowships from the Rockefeller Foundation, German Marshall Fund of the United States, Council on Foreign Relations, and Harvard University. Daniel is known for his scholarship and commentary on International Relations and International Political Economy. His areas of expertise include global economic governance, global political economy, and economic statecraft.

Daniel Drezner is the author of