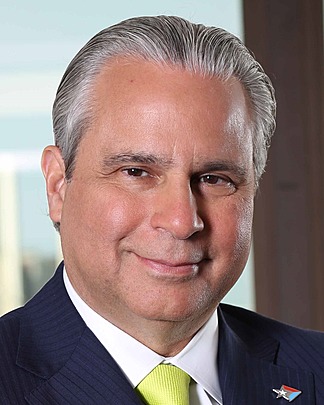 Alberto Bacó-Bagué was appointed Secretary of Economic Development and Commerce by the Governor of Puerto Rico, and in 2016, he also assumed responsibilities as Chairman and President of the Government Development Bank for Puerto Rico. Under his leadership, Puerto Rico’s economy grew into a second grand economic transformation, where knowledge and service impact and strengthen all industries, both traditional and emerging ones. Alberto is an attorney, CPA, and entrepreneur with over 40 years of industry experience and a successful career in company turnarounds, restructuring and senior management, in both public and private sectors. During his career, Alberto has shown particular interest in supporting the development of venture capital in Puerto Rico, being co-investor of various projects. He has been recognized for his public speaking skills, which have permitted him to participate in important business forums around the world. In addition, Alberto is the Founder and General Director of the Partnership for Modern Puerto Rico (PMPR), a forum that promotes authentic connections among passionate leaders and influencers.

Alberto Bacó-Bagué is the author of