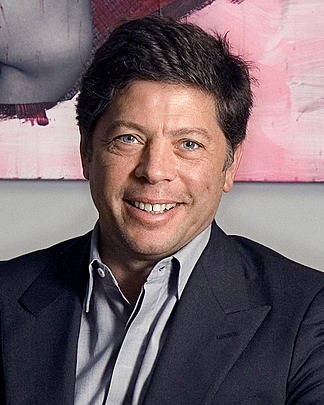 Adam Lindemann is an investor, writer, art collector, and art dealer known as the Founder and Principal of Venus Over Manhattan, a curatorial platform that expands upon the conventional gallery format in its exhibition of fine art and design objects. Best known as a tastemaker in collecting and investing in contemporary art and design, Adam’s personal collection has included pieces by blue chip artists including Richard Prince, Maurizio Cattelan, Damien Hirst, Jeff Koons, Andy Warhol, and Urs Fischer. As an art collector and gallerist, he is known for setting multiple world records both at auction and privately, including career records for Jeff Koons, Takashi Murakami, and Jean-Michel Basquiat. He broke auction records when he flipped a Jean-Michel Basquiat painting that he bought for $4.5m for $57m at Christie’s 2016. In addition, Adam has written extensively on art including two of Taschen’s bestselling art books, Collecting Contemporary (2006), and Collecting Design (2010), as well as the popular art world column for The New York Observer.

Adam Lindemann is the author of