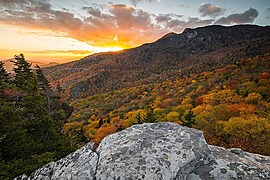 The Southeastern United States, also known as the American Southeast, consists of the twelve states on the lower East Coast of the United States and eastern Gulf Coast, including South Carolina, Virginia, West Virginia, North Carolina, Mississippi, Arkansas, Tennessee, Florida, Georgia, Alabama, Kentucky and Louisiana. With ‘Dixie’ as the given nickname on this portion of the country, it is also called the Sun Belt, with many types of climate from desert to tropical. The southeast region is considered to be the humid subtropical portion of the United States, known for many things besides its stretches of sandy coastal beaches. This portion of the country is known for their two main natural resources of pine trees and coal, and scattered throughout this region are numerous historic sites including famous battlefields. The Southeastern United States is also recognized for their Latin influence Latin influence, important shipping ports, swamps, and it is home to Disney World, the most visited theme park in the world, as well as the Great Smoky Mountains National Park.