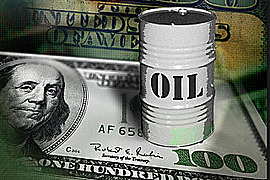 The Petrodollar System dated back in the early 1970s, when a falling dollar hurt oil-exporting countries because contracts were priced in U.S. dollars. The United States struck a deal with Saudi Arabia to standardize oil prices in dollar terms, it is also tied with the history of the gold standard, giving birth to the petrodollar system along with a shift away from pegged exchange rates and gold-backed currencies to non-backed, floating rate regimes. Petrodollars are dollars paid to oil-producing countries for oil. This system has become an exchange of oil for US dollars between countries that buy oil and produce it, elevating the US dollars to the world’s reserve currency. A move away from petrodollars could potentially increase borrowing costs for governments, companies, and consumers if sources of money become scarce.

The Petrodollar System Provides the United States With Huge Benefits

Future Problems This System May Cause