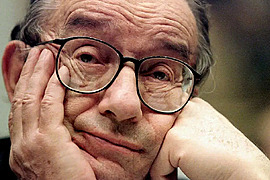 The Greenspan Irrational Exuberance Speech has become a famous speech during 1996, when then-Federal Reserve Board Chairman, Alan Greenspan, expressed the catchphrase “Irrational Exuberance”. The catchline made a boom during the economic recession that followed the stock market collapse of 2000, interpreted as a warning that the stock market might be overvalued. His famous speech played a role in the increase of certain asset prices, as he stated the inverse relationship exhibited by price/earnings ratios and the rate of inflation, and unduly escalation of asset values that become subject to unexpected and prolonged contractions.