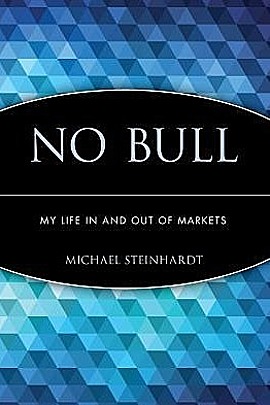 One of the most successful money managers in the history of the Street, Michael Steinhardt far outshone his peers by achieving an average annual return of over thirty percent—significantly greater than that of every market benchmark. No Bull offers an account of some of the investment strategies that drove Steinhardt's historic success as a hedge fund manager, including a focus on his skills as an industry analyst and consummate stock picker. The inspiring true story of a Wall Street genius and world-class philanthropist, No Bull is an unforgettable read for finance professionals and students of human nature alike.

More about No Bull 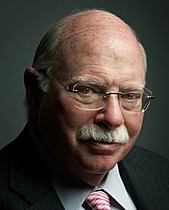 Praise for No Bull

"Michael Steinhardt rode bull and bear markets to great success for himself and his investors. Since closing his fund in 1995 he has continued his successful streak in more philanthropic enterprises. But what is ultimately compelling about Steinhardt is his drive, no matter the endeavor. No Bull is a highly readable inside look into the man, his successes, and his motivations."

"Michael Steinhardt has written a fascinating history of his experiences in the tumultuous economic times of the last forty years. His reflections are endlessly interesting, totally candid, very instructive, moving, warm, and in many ways, inspirational. No Bull is an important resource for anyone interested in markets, the evolution of a key player, his ideas and strategies, and his deeply felt personal philosophy."

"Michael Steinhardt has penned a joyous book about his rich experiences on Wall Street, filled with angst, and reminiscent of a World of our Fathers as only Steinhardt would know. I always knew he was the world's best money manager but I didn't know that he could write, and he writes better than he trades!"

"No Bull is a memoir rich in language, in detail, and in self-awareness. It is good that this is so because the life about which he writes demands it; it is not only a deeply complicated narrative in its own right but one that touches public issues of concern to us all. Do not be mistaken: Steinhardt is more than a money manager."