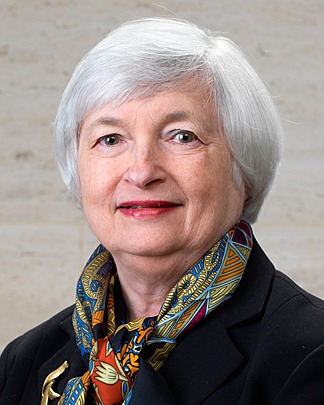 Janet Yellen is an American economist. She has served as the Chair of the Federal Reserve since 2014 to 2018, and a Vice Chair from 2010 to 2014. Yellen continues to lead the charge to keep and strengthen post-crisis regulations such as the Volcker Rule and Dodd-Frank. In addition to her continued contributions to the field of economics, Yellen is also noted for breaking down many gender barriers as a woman in the field.

Janet Yellen is the author of