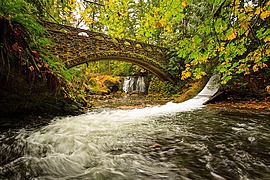 Redmond is a city in King County, considered as one of the best places to live in Washington. With a steady increase in job growth by about 2.64%, Redmond’s abundance of giant trees led to the city’s first economic boom. It is considered as the 5th Best Small Town in America in 2012, according to Money Magazine, and is commonly recognized as the home of Microsoft and Nintendo of America, and also the Bicycle Capital of the Northwest. Redmond is also considered as a great film location, and offers a wide variety of entertainment with wine tasting events, poetry readings, theater, music, performance arts, and art galleries.