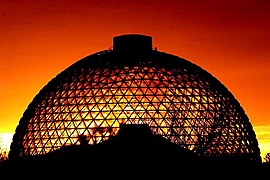 Omaha is the largest city in the state of Nebraska with a population of over 470,000 people. The city is home to Henry Doorly Zoo & Aquarium, known as one of the world’s best zoos and largest indoor desert and rainforest. Omaha also serves as a landmark for all-night truckers, the Sapp Bros. Coffee Pot is known by locals as “The World’s Largest Pot of Coffee”. The city also thrives on arts and cultural attractions including the Omaha Symphony, Opera Omaha, and dozens of theaters. Known as the Swim City, USA for its hosting of the US Olympic Swim Trials, Omaha also hosts the Collegiate Baseball Championship every summer. Over the past few years, Omaha has become a major technological hub for huge corporations, home to the headquarters of four Fortune 500 companies, and five Fortune 1000 headquarters.