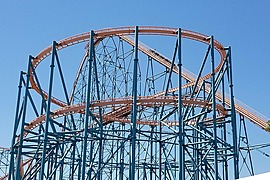 Arlington is the seventh-largest city in Texas and the 50th largest city in the United States, with a population of over 390,000 people. One of the nation’s fastest-growing cities, Arlington is best-known for its recreational and sports attractions, including Dallas Cowboys’ AT&T Stadium, the Texas Rangers’ Globe Life Park, and Lake Arlington. The city is also known as the entertainment capital of Texas, home to Six Flags Over Texas, a nationwide theme park that includes many notable attractions, and Hurricane Harbor. Arlington was the largest gambling destination in the country in the ‘40s, before Las Vegas.

The University of Texas at Arlington