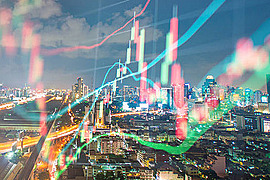 Considered as a financial crisis, International Monetary Crisis is a degeneration of the world’s capitalist monetary system taking place. In the sphere of international economic relations, the general monetary crisis is reflected in the chronic disorder of the balance of payments in capitalist countries, the increasingly uneven distribution of gold currency reserves, and the decline in the exchange rate of many currencies. Occurring as a result of the sharpening of capitalist contradictions, countries are forced to devalue its currency due to accruing an unsustainable current account deficit, this is called a currency crisis or balance of payments crisis. Stock market crashes, credit crunches, the bursting of financial bubbles, sovereign defaults, and currency crises are all examples of financial crises.