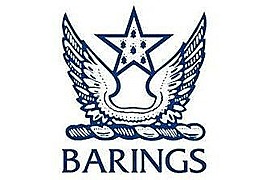 Established in 1762, Barings Bank was a British merchant banking firm that was among the largest and most stable banks in the world. However, it collapsed after one of its traders, Nick Leeson, engaged in a series of unauthorized speculation in futures contracts and other speculative dealings and lost $1.3 billion. Barings, having lost over one billion dollars, more than twice its available capital, went bankrupt. The bank's assets were subsequently acquired by the Dutch ING Groep, forming ING Barings.