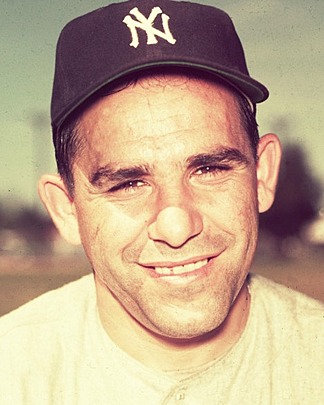 Yogi Berra is a cultural icon whose fame transcended the baseball diamond. In addition to his colorful persona, what made Yogi so great was that he was one of the most feared hitters the game had ever seen. Berra hung up the spikes for good after the 1965 season, a 15-time All-Star, a three-time American League MVP Award winner, and a 10-time World Series champion as a player.

Yogi Berra is the author of

Lawrence Peter Berra got the nickname Yogi during his teenage years when he was playing American Legion Baseball. One afternoon, after attending a movie that had a short piece on India, a friend Jack Maguire noticed a resemblance between him and the “yogi”, or person who practiced yoga, on the screen. Maguire said, “I’m going to call you Yogi” and from that moment on, the name stuck.