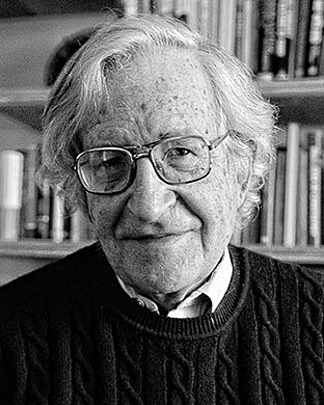 Recognized as the founder of modern linguistics, Noam Chomsky is one of the most cited scholars in history. Each of his groundbreaking books has made distinct contributions to the development of the field. Chomsky introduced the Chomsky hierarchy, generative grammar. He also proposed the concept of a universal grammar which is based in the innate structure of the mind and underlies all human speech. He has not only transformed the field of linguistics, his work has influenced fields such as cognitive science, philosophy, psychology, computer science, mathematics, childhood education, and anthropology. Having written more than 100 books, Chomsky is one of the most influential public intellectuals in the world.

Noam Chomsky is the author of

Requiem for the American Dream