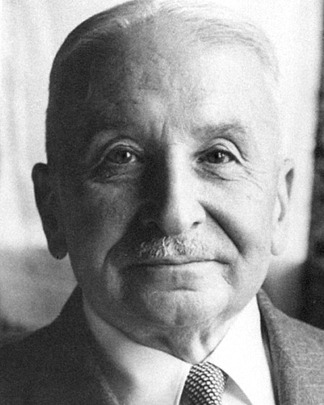 Ludwig Heinrich Edler von Mises was an Austrian School economist, historian, and sociologist. He was one of the last members of the original Austrian School of Economics. Mises believed that economic truths are derived from self-evident axioms and cannot be empirically tested. Mises had a strong influence on young people. The resurgent Austrian school in the United States owes itself in no small part to Mises’s persistence.

Ludwig Mises is the author of

All Artificial Booms will eventually Bust

The Theory of Money and Credit

On the Manipulation of Money and Credit

The Ultimate Foundation of Economic Science

Money, Method, and the Market Process

Monetary and Economic Policy Problems Before, During, and After the Great War

Economic Calculation in the Socialist Commonwealth

The Austrian Theory of the Trade Cycle and Other Essays