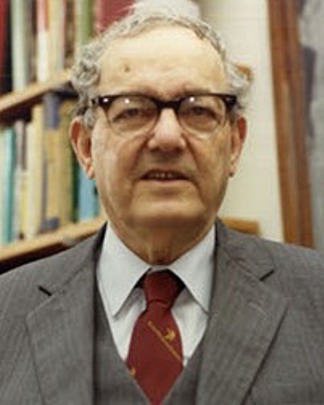 Herbert Simon is an American economist and political scientist who is known for his contributions to modern business economics and administrative research. He received many awards for his work in cognitive psychology and computer science. The thread of continuity through all of his work was his interest in human decision-making and problem-solving processes and the implications of these processes for social institutions. He made extensive use of the computer as a tool for both simulating human thinking and augmenting it with artificial intelligence. Dr. Simon was widely considered to be a founder of the field of artificial intelligence.

Herbert Simon is the author of

Models of My Life

The Sciences of the Artificial

Herbert Simon and his theories on economic decision-making challenged classical economic thinking, including the ideas of rational behavior and the economic man. Rather than subscribing to the idea that economic behavior was rational and based upon all available information to secure the best possible outcome ("optimizing"), Simon believed decision-making was about "satisficing." His term was a combination of the words "satisfy" and "suffice."

He is widely associated with the theory of bounded rationality, which states that individuals do not make perfectly rational decisions because of the difficulty in obtaining and processing all the information needed to do so.