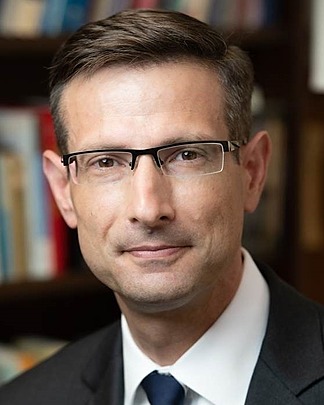 Dr. Daniel Markey is a Senior Advisor on South Asia at the United States Institute of Peace, where his work focuses on US-India relations, regional relations, and China-South Asia relations. Dr. Markey is also a Senior Fellow at the Johns Hopkins University's School of Advanced International Studies Foreign Policy Institute, where he was a former senior research professor in international relations. During his tenure at SAIS, he launched the Master of Arts in Global Policy degree program, and taught courses in international politics and policy. Dr. Markey has over two decades of academic, think tank, and government experience focused on international relations and U.S. policy in Asia, with a particular focus on South Asia and China’s evolving role in the region. Previously, he was a senior fellow for India, Pakistan, and South Asia at the Council on Foreign Relations. In addition, Dr. Markey is the author of numerous books, reports, articles, book chapters, and opinion pieces. His commentary has been featured in U.S. and international media, and he has testified before the Commission.

Daniel Markey is the author of