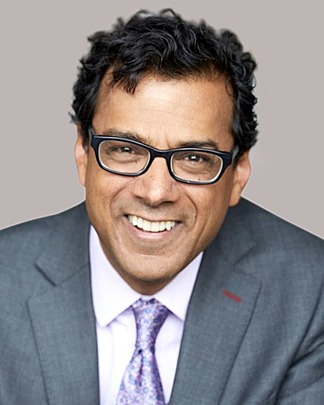 Atul Gawande is a renowned surgeon, writer, and public health leader. Atul became Assistant Administrator for Global Health at USAID in 2022. Prior to joining the Biden-Harris administration, he was a practicing general and endocrine surgeon at Brigham and Women’s Hospital and a professor at Harvard Medical School and the Harvard T.H. Chan School of Public Health. Atul was the Founder and Chair of Ariadne Labs, a joint center for health systems innovation, and of Lifebox, a nonprofit organization making surgery safer globally. In addition, he was the co-founder of CIC Health, a public benefit organization supporting pandemic response operations nationally. He was also CEO of Haven, the Amazon, Berkshire Hathaway, and JPMorgan Chase healthcare venture. He was instrumental in creating the World Health Organization’s Safe Surgery checklists, which have saved many thousands of lives. Atul has been a staff writer for The New Yorker since 1998, and has made a name for himself as a writer of exquisitely-crafted meditations on the problems and challenges of modern medicine.

Atul Gawande is the author of